Well, I never thought I'd say this...

My young one, Missy, turned 12 last weekend. We were not having a big celebration and so decided to strike a deal with her that we will go see a movie instead. She was attending a birthday party for one of her friends that morning as well, so we made it that we would go to the cinema after the party.

After the party though, she asked if she could go to her friends' house. Apparently, there was more partying to be had. Hubby and I agreed but realised that our Missy, our youngest, had crossed over to that invisible line of favouring friends' company rather than parents' company. (Don't we all at one age or another?)

Don't get me wrong, I'm quite happy she's got friends that she hangs out with and likes to be with, considering that it had been hard for her when we first arrived in Canada.

And with that, even though it doesn't change the fact that I'm still her mom, I think I may have just been stripped of the title, "mommyblogger". 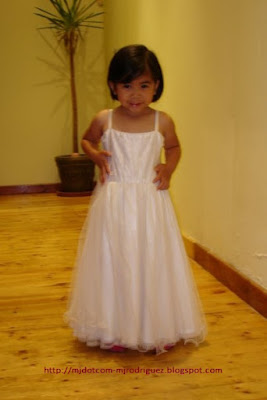 Blogged to life by MJ Rodriguez